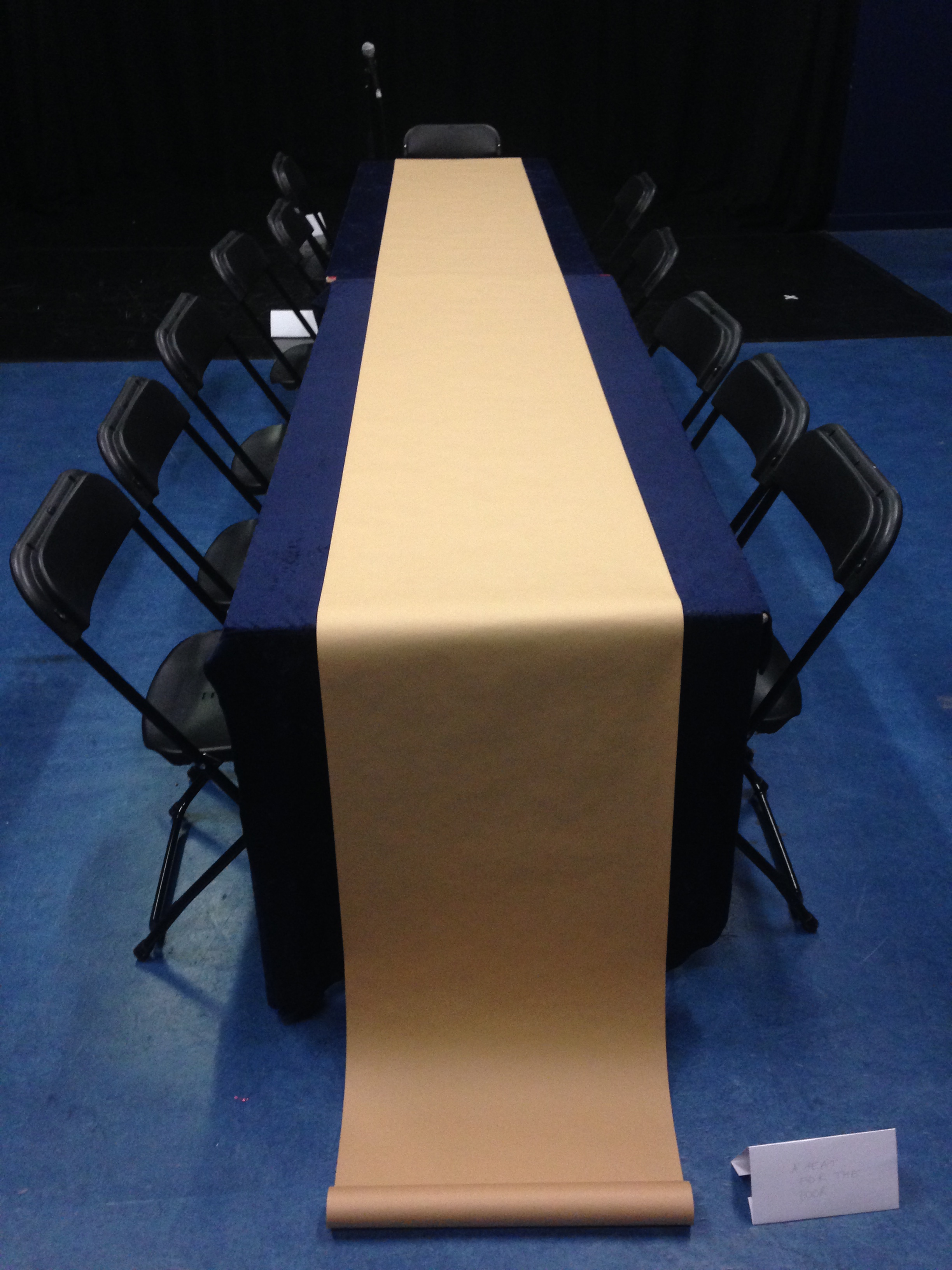 I am going to guess that if you are here, you probably know that Arts Council England’s round logo will feature on publicity materials relating to The Midnight Soup – you might even have caught the fact that the fantastic Becci Sharrock (Becci is a great tweeter of food & theatre, I’d give her a follow if I were you) is joining the team as Creative Producer.

I am more than just a little bit grateful that the project is receiving so much support – in all honesty, if it wasn’t for Annabel Turpin and the team at ARC, Stockton Arts Centre taking a giant gamble before I knew anything about the project, other than I wanted to make a meal, and that I’ve been trying to make something from my grandmother’s diary for a little while… it probably wouldn’t be happening.

All it took was being in dialogue, in communication – talking about the work at hand in my own words, with my own hands. That’s all ARC needed to commit enough cash that I could take a bit of time off work, pay for my accommodation and a train ticket… You will probably all know how rare that is… That an organisation, and the people who run it will just trust you and support you in just throwing a bunch of ideas into a room to see what sticks…

I know how rare it is also because I can’t always do it in my other work.

And that’s another big part of it The Other Work.

I am an artist. I am also a (creative) producer.

And that’s been a lot more of a complicated thing as it might sound.

As a creative producer, I am confident, almost cocky. I know what the job is, and I get on with it.

As an artist, my work still very obviously leans on some of my mentors’ practices.

It still very much mirrors, tweaks, cuts, folds, prods etc. the work of the people that I admire.

I owe a lot to Rajni & Andy for example. It’s most likely super obvious.

In less obvious ways, I owe a lot to Stella too.

And all the others.

I spend a lot of time telling artists that of course, it’s okay.

Ideas are new combinations. (That’s something I owe Julia Wilson for)

Easier said than done, it turns out.

I won’t say much more, other than this week, I am spending a lot of time coming up with structures for conversations, where I do most of the talking to start with but are still democratic and everyone feels involved and cared for.

I am spending a lot of time gathering at a long table, often on my own.

I am spending a lot of time considering etiquette, and coming up with ways of making making work in open spacewhile on your own as effective as it can be. This week I am also Dining with strangers (and hardly hiding the reference to Shah and the impact of my participation in Glorious here) – metaphorically in the workshop, and literally, with people who are staying at the same hotel as me.

And as my friend Darren put it to BBC Radio Lancashire this afternoon, thank you for letting me be “off writing my play”, universe. (it won’t be a play, but you know what we mean).