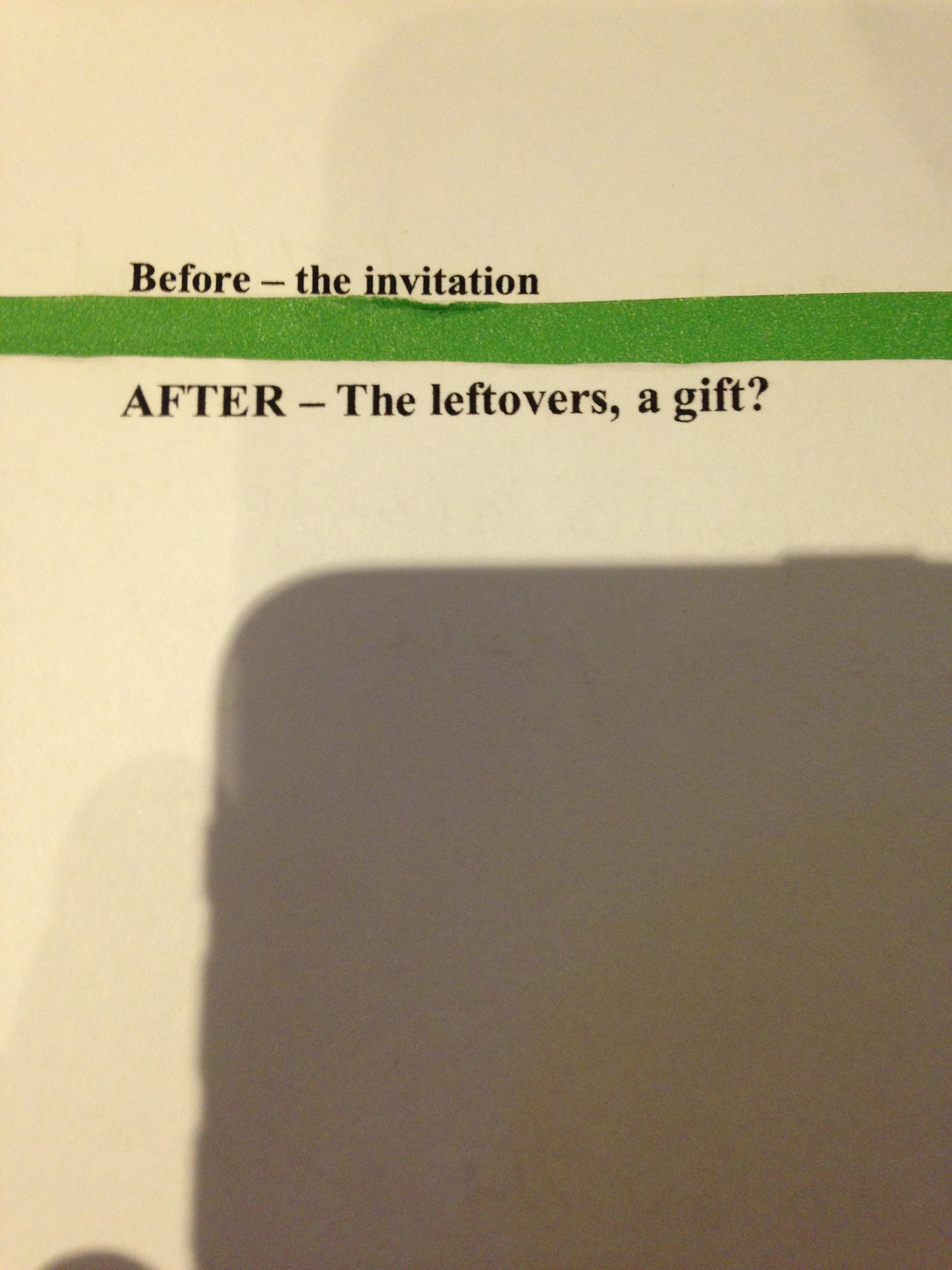 The Midnight Soup is very much a train show. I think most of my work so far, has been train work. I guess I enjoy it as a space to let my thoughts run a bit freer. I like that ideas are moving forward in time with my moving forward geographically.

A lot has happened to the show since the residency in Stockton, and a lot is yet to happen.

There is a structure to the piece now – a sequence of events, of stories, of questions… There is music, and there are new themes emerging.

A lot of the show boils down to being a consideration of family, of identity, of belonging and of choice.

It is very much written to be a conversation starter, nothing more, nothing less.

It quite loudly states something that is important to me – it makes a number of my beliefs, of my values, clear as crystal.

One of the things I want it to do is to have all the room that is necessary for anyone else, for everyone else – for their beliefs, and their values. For those to be acknowledged understood and respected – even if they differ from mine or other people’s. The Midnight Soup is about starting a macro conversation at a micro level.

It’s perhaps a difficult conversation, and I don’t want to shy away from it.

I do owe it to myself, though, and to others – to make it safe.

Maybe this means that formally, it will be safe… In many ways, it needs to be nothing more than a simple story told well.

It’s a lot more work than it sounds.

And I can’t wait for that work.

A lot of that work will take place in April – during a residency which we need to re-adjust following the announcement that Residence are losing their home in the Milk Bar (where I was due to spend a week working on the show in April). If anyone knows of any venue that may let me play in one of their spaces, do let us know – it would be super helpful.

In the meantime, I’m still planning a quick trip to Bristol – bringing Le Bistroquet to the Milk Bar in the afternoon of 28th March. Do watch out for further details, and tell your friends!