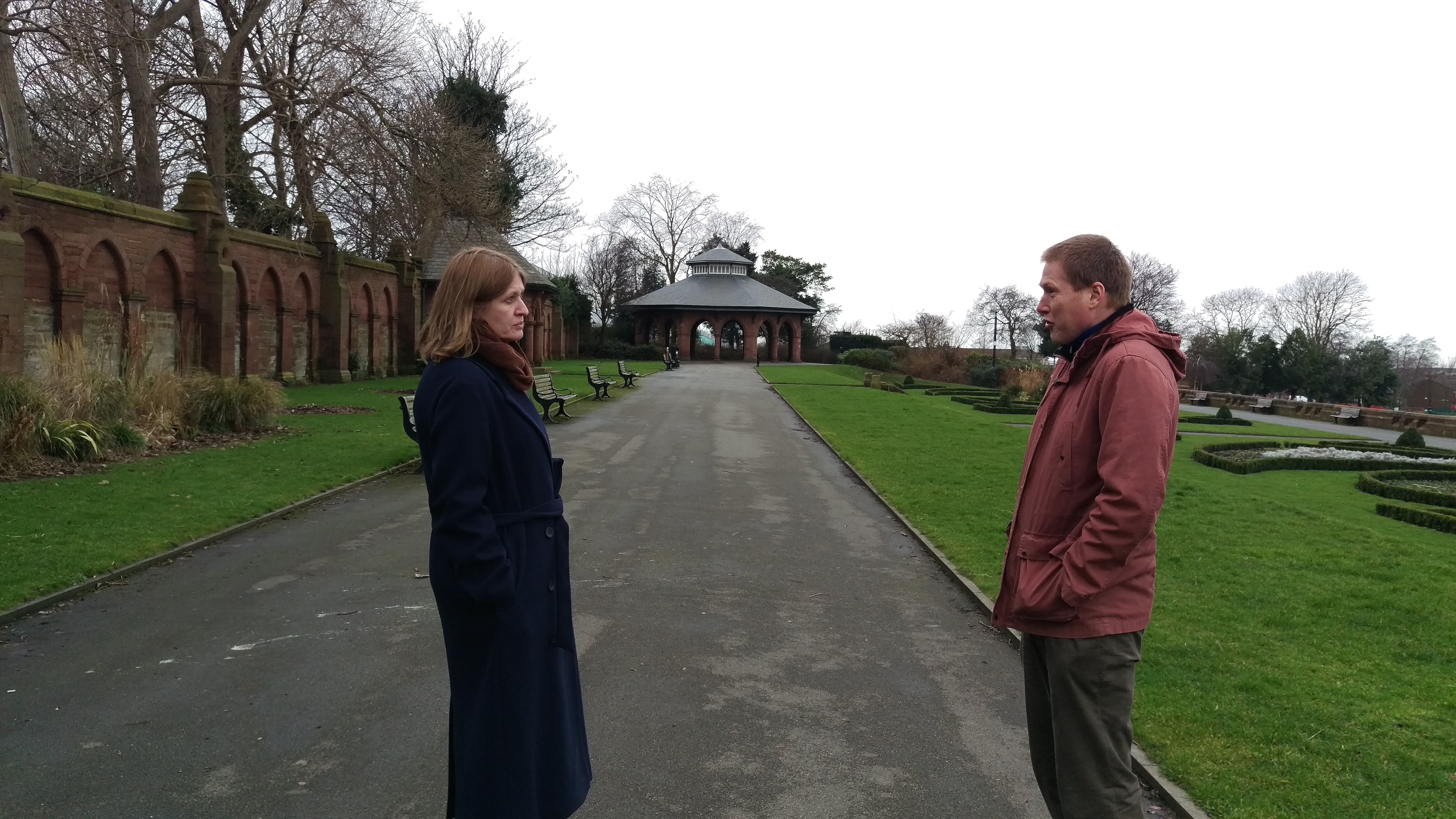 Two people are sitting on a couch. A woman and a man. Coming from very different backgrounds, with polar opposite experiences, they are artists, working together.

Another artist joins them. They are talking about life, art, politics, childhood, parents, economies, ethnicity, language, accent, identity, belonging. Otherness keeps arriving. Being an outsider keeps returning. A space between, a space of being othered, keeps reappearing.

Since being awarded the 2017 Nuffield Bursary, theatre company Two Destination Language (Katherina Radeva and Alister Lownie) have been developing their latest project On Otherness in dialogue with the team at Lancaster Arts, and with a range artists who work with identity as a subject (including Jenny Sealey, Pauline Mayers, Kate Marsh, Chris Goode, Rajni Shah, Season Butler, Lena Simic, Sheila Ghelani, Peter McMaster and Tanya Steinhauser).

Through this rich collaboration, Two Destination Language are exploring the challenges and rewards of making art from the personal experience of difference or being othered. As questions around diversity and equality in our society become more present, we look at how artists’ work with their own experiences has influenced their artistic practice, the audiences they make work for and with, and the conditions in which they make work.

In May 2018, the company opened this conversation further by inviting a group of people to take a seat at the table, so that together we may begin an attempt at redefining belonging and otherness. In the spirit of embracing the multiplicity, complexity and in-between-ness of our identities, Two Destination Language worked with artist Leo Burtin and producer Alice Booth to host an event that was neither a working lunch, nor a symposium, nor a performance. Though it may have been all of these things.

Taking place on 3rd May 2018 at Lancaster Arts the event revolved around sharing food and featured gentle interventions by guest artists Lena Simic, Pauline Mayers, Kate Marsh and Sheila Ghelani. Each element was flavoured by the identity and practice of the participant artists. The interventions were stimuli for conversation with neighbours as you ate, reflecting on the themes of the day, and there will be space to record responses for sharing beyond the room.