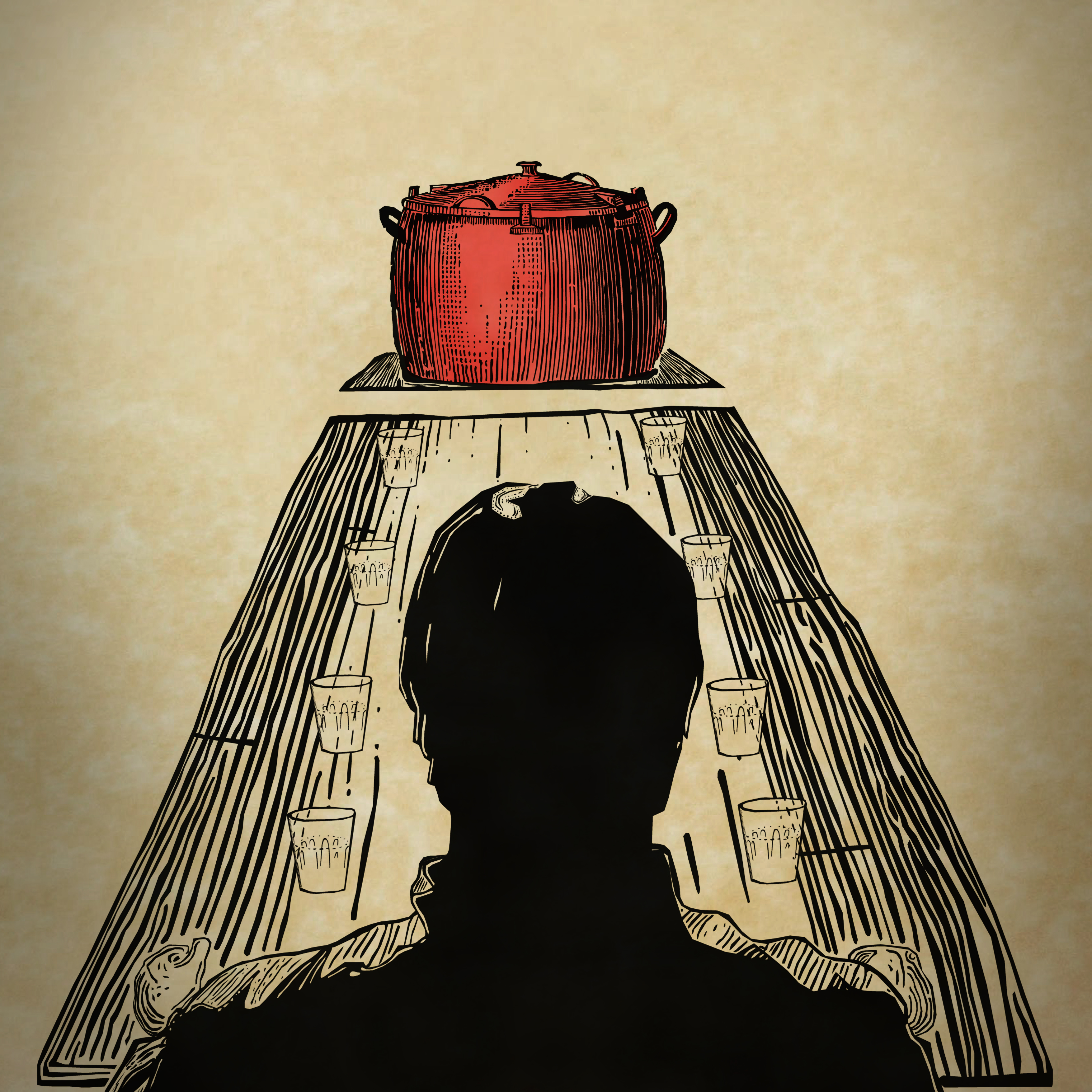 The Midnight Soup is a piece of theatre during which the audience prepare a meal that they share at the end.

The piece starts as a monologue and gently opens out to become a conversation. It tells the story of an unremarkable woman who every day sat down to meticulously record the facts of her life in a diary, until one day in 2012 she chose her own death.

The Midnight Soup is the love letter of a grandson to his grandmother. It is also an edible memorial, celebrating a life lived to the rhythm of the seasons.

It is cleverly and subtly constructed. […] I like the fact that the piece, simply and without any fuss or forcing, makes a community out of a group of complete strangers. Lyn Gardner, The Guardian